More visibility, better integration and increased efficiencies to meet a 30 per cent increase in customers.

Stephens Sanderson Transport is a family-owned distribution and warehouse company based at the heart of the Midlands in the UK. Established in 1973, Stephens Sanderson operates a modern and diverse fleet of more than 70 vehicles that serve a wide range of businesses across the UK and Europe.

The business boasts more than 100,000sq ft of secure warehousing across the Midlands and provides logistics support to some of the UK’s largest producers and retailers. Throughout 2020, Stephen Sanderson’s client base grew rapidly, and the business was struggling to keep up with demand.

As part of its ambitious growth plans, Stephen Sanderson made the decision to invest in a new Warehouse Management System (WMS).

Currently operating from three main sites, Stephen Sanderson is continuing to grow. “We’re going to be adding substantial capacity to our network and we just wouldn’t be able to do it if we didn’t have the Microlistics WMS in place,” Ed said.

Stephen Sanderson now utilises RF technology for e-commerce fulfilment and load management and despatch. “We’ve driven out a lot of dwell time as people no longer have to wait around for paperwork. With the help of Microlistics, we’ve transformed our picking and packing operations and increased accuracy, reduced costs and created efficiencies,” Ed said.

Similarly, 3PL billing is now much more efficient for the leading transport and warehousing provider. “We’ve gone from a heavily manual process that used to take upwards of two days, to completing our 3PL billing in a matter of hours,’ Ed said.

With many customers in FMCG sector, including food producers, adhering to compliance and standards is crucial to Stephen Sanderson’s operation. “Microlistics gives us more visibility, better control and the task-based system means that you can audit with ease. As a result, we were awarded Double-A in our BRC Food Standard this year,” Ed said.

Stephen Sanderson is predicting the business will grow a further 50 per cent in the next 12 to 18 months.

“The larger retailers expect a certain amount of integration and visibility from us. Without our investment in Microlistics, we wouldn’t be talking to or working with the businesses we are today,” Ed said.

Stephen Sanderson lacked the ability to fully integrate with its customers, visibility and were grappling with the challenge of a very labour-intensive picking, packing and billing process.

“We didn’t have the integration we needed to be able to work with some of the nation’s largest retailers. There is an industry expectation around visibility and access to accurate real-time data that we just couldn’t deliver on,” Ed Sanderson, Commercial Director at Stephen Sanderson said.

As a result, and after an extensive market review, Stephen Sanderson chose to deploy Microlistics WMS Express.

With Stephen Sanderson now aware of the full extent that COVID-19 has had on its e-commerce fulfilment volumes, Ed said the decision to implement Microlistics was absolutely the right one.

“After deploying Microlistics, we now have the confidence to work with some of the largest retailers in the UK,” he says.

The implementation took place in the midst of the UK’s challenging battle with COVID-19, but Ed praises the Microlistics team for being able to deliver the project on time and with no disruptions. “All the way through the integration, the Microlistics team held our hand and did exactly what we asked for – if not more,” Ed said. 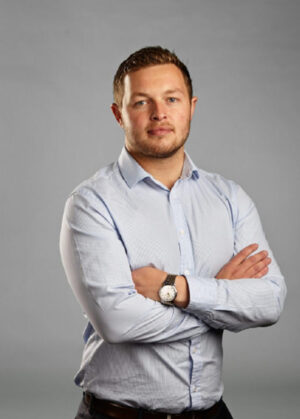 Titan Solutions gets up and running fast with Microlistics WMS Express